I am not a feminist 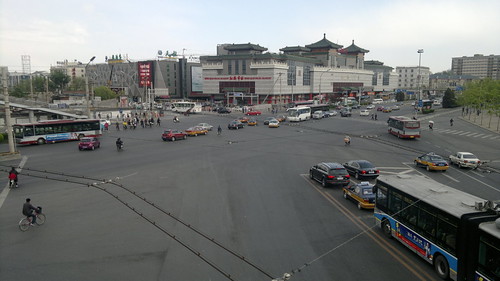 What I want to do here is explain why.

Though first, i want to explain why not. I mean, usually when I see people claim they are not feminists (usually on the internet) they are setting up blatant, horrible straw man arguments and making utterly absurd claims about feminism in order to tear it down. Usually the people in question are really quite misogynistic or are women who are internalized a lot of sexism, and it is not at all uncommon for those folks to want to make things go back to how they were in the past when women were always expected to be subservient to men.

I am not one of those people. Not at all. When I encounter those people I generally immediately want to leap to the defense of feminism, as I believe those critiques are entirely unreasonable.

No, the reason I am finally rejecting feminism is because feminism has failed, and is continuing to fail, in regards to intersectionality. It is a very serious problem within feminism, and it is one that I can personally no longer deal with.

I’m going to start with an example that I think people might have an easier time swallowing than my own issue, just because of the way the world is right now. Ages ago, Michelle Obama, the FLOTUS, said “at the end of the day, my most important title is still mom-in-chief”

And boy was there a kerfuffle over that one! Many feminists (white, straight, able-bodied feminists) thought that she was totally betraying feminism and being a bad example of a powerful woman and whatnot. Now, there is a very good write-up of all the problems of that over here that says it all much better than I ever could. I highly suggest you read it yourself, but if you don’t want to here’s a brief excerpt:

Racism, slavery, white supremacy, economic inequality and deprivation forced black women to cater to the needs and demands of Miss Ann and her family. For centuries, we black women ran ourselves weary and exhausted making sure white men, white women and white children are fed, bathed, clothes and content before we could even have a moment to feed, clothe, bathe and care for ourselves and our own families.

To add to this, I just recently read the book Incidents in the Life of a Slave Girl, which is a rare, first-hand account of slavery written by a woman. Of note – even after she escapes, even after she got her children out, even when she was living in New York – ostensibly a free state, even when she found friends who would help her, she still had to get work caring for a white baby while being unable to even live with her own children.

Thing is, race is far from the only area where feminism has been blind to intersections. Sexuality is another obvious one. However, the ones that strongly impact me personally and have made it impossible for me to continue to call myself a feminist are the intersections of being female while also being autistic, mentally ill, and disabled. A feminism that ignores the impact of these things is a feminism that has no idea of my needs or the kinds of choices I need to make. This is a feminism that does not even acknowledge my existence.

And while feminism is starting, barely, to notice that there is work to do in regards to the intersections of womanhood, race, and sexuality, they still do not notice or acknowledge the myriad other intersections that exist and matter and make an impact on individuals.

As it is I certainly support much of feminism. I believe in equality for all sexes and genders, I believe that gender is still a major issue in the US, and I believe we still have a lot of work to do. But I am not a feminist, because I cannot be part of a group that is blind to who I am, the choices I make, and how my empowerment will look different from their empowerment.

Instead, I have taken to calling myself an intersectionalist.

I’m sure it will be a thing eventually.