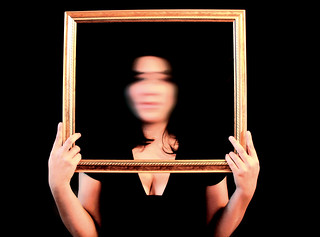 See, I’m not so good at recognizing people by their face’s. It’s a fairly common thing in Asperger’s. It actually has a name – prosopagnosia, and I have it, if only relatively mildly. I mean, I can recognize some faces, some of the time, but really not consistently and often cannot tell people apart even if everyone else thinks those people look totally different. Case in point – remember those Lord of the Ring movies? And two of the characters were Aragorn and Boromir? I had to watch the entire trilogy through three times before I could even begin to tell them apart, and even now it’s tricky. To me, one brown-hair-and-a-goatee looks like any other brown-hair-and-a-goatee. High school was rough, let me tell you.

This actually popped to mind because I was pondering my cat. Tarball knows me quite well at this point. Probably mostly by scent, but my face seems to have some meaning for him as well. While I stop recognizing someone if they change their hair in some significant way, Tarball seems to have no trouble. I cut off all my hair a while back, and he never even blinked. I find myself wondering – does he notice at all? Does he recognize my face? If so, what about my face is it that he notices? Or is it more my scent, my posture, my voice (those being the things I myself can more consistently recognize people by)?

Then I got to wondering if he does have some form of facial recognition, what does it go by. What does he look at? When I look at faces, I never see a whole face. At least, not in the way I’ve heard it described. I see pieces. Chin, nose, cheeks, forehead, hair. I actually cannot recall whole face in my memory or visualize a face in my mind. Only pieces. I suspect I miss a lot of nuance in faces.

Sometimes I wonder what it must be like to just see a whole face. Apparently for NTs, that’s now it works – whole faces. Not pieces and parts seen a bit at a time, but just… an entire face. I feel like I am not describing this particularly well, but I doubt I can do any better given how foreign it is to me.

I’m not sure why, but it is a bit easier for me when I’m looking at a photograph of a person, rather than the person themself. Though that gets into the trickiness that pictures of the same person photographed from different angles or with different facial expressions will look like entirely different people to me. That’s a little weird.

A face only becomes even vaguely unified once I get to know a person, or at least once I see them enough for their features to become distinctly *them* rather than just a collection of features that could be anyone. I still don’t see whole faces exactly, but I can recognize them against other people with similar features, and their pictures all look like them.

This is another post without much point. I just felt like exploring the concept, since my cat seems to have no troubles here and it popped to mind. Faces are just such strange, tricky things. It’s hard to know what to make of them.