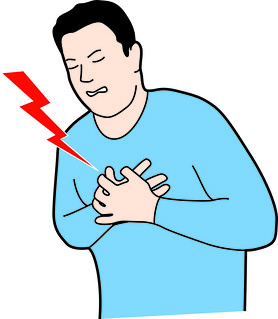 I’ve written about anxiety and medication before but I am wanting to write again. Warning: some strong language in this post, to reflect some strong feelings on my part.

I’ve been on my medication for only a little under a year by now. We’re still tweaking my dose, but things are starting to get settled. I recently had a very brief experience that has reminded me of just how much things have changed for me.

I’ve been slowly doing more local driving in my efforts to get more mobile. It’s going fairly well and little by little, getting easier for me to do. Recently I was driving for an errand (as one does) and had to creep around a couple of police cars that were on the side of the road. It was one of those situations where you had to partly enter the opposing lane as the road had few shoulders to speak of. So I was carefully going past, and just when I got around them I suddenly heard a siren.

HOLY CRAP that scared me. I got one of my old anxiety stabs that I haven’t had pretty much since the meds kicked in. I call them “anxiety stabs” because that is exactly what they feel like – like something stabbing through my chest. They HURT. They make my breath catch in my chest and for a brief moment I can’t inhale. It’s painful and icky and no fun.

And that reminded me – that’s what I used to have to deal with ALL THE TIME. Anxiety was quite physically painful, and whenever something triggered the anxiety (which happened pretty frequently), I would get a stab in my chest. Sometimes it wouldn’t be quick – then it would feel like giant bird talons were wrapped around my chest, squeezing and stabbing with big, long claws. Again, it hurt. For real. Physical pain that would make it difficult to breathe.

I used to think I was weak. I couldn’t figure out how other people could so easily do things that I found so difficult. It seemed that the most obvious answer was that I was just of weak moral character. Now, though… now that I’ve gotten that reminder…

Well, I think I must have been DAMN strong to have done ANYTHING through that shit. No wonder it was such a struggle to get through my anxiety! I was in pain and couldn’t breathe! Anyone would find that difficult!

When I was making plans to get assessed for Asperger’s, my dad decided to do some armchair diagnosing of me, since he thought I couldn’t possibly have Asperger’s (he still thinks that, but that is neither here nor there). He told me that he thought my problem was avoidance – I avoided lots of things, so I must have some kind of avoidance disorder.

Well, he was sorta right. I did avoid lots of things. Then again, it is, in fact, COMPLETELY FUCKING REASONABLE to avoid things that cause you pain. People who get migraines avoid their triggers. People with chronic pain avoid things that trigger the pain or might make the pain worse. I avoided things that made my chest feel stabbed and made it difficult to breathe in anything before quick, little gasps. There is ABSOLUTELY nothing wrong with avoiding physical pain, and a whole lot right with it.

So I suppose what this really means is that I forgive my past self. This will probably need to be an ongoing thing, but that was a heck of a reminder. Now the worst I generally have to deal with is a flutter in my chest, which is NOTHING compared to the pain I used to feel. For me, anxiety is physical in the worse way possible. I am very glad to have made the progress I have, and I’m glad that meds are able to help me the way they are. And in a weird way, I’m glad I got that stab. It’s reminded me of how far I’ve come in such a short time, and that’s nice for me to get a glimpse of.

Oh, and to finish up the story – I was on a bridge, and it turned out the siren was from the highway below. It had nothing whatsoever to do with me, and I was totally fine. Yay happy ending!