The rise of televisions 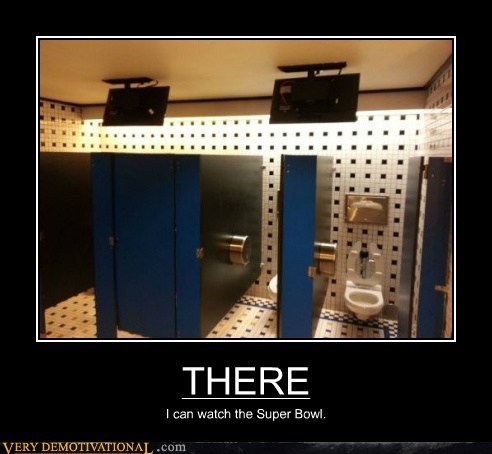 I really hope this is fake.

We live in a world that is increasingly hostile to autistic people.

When I say that, I don’t mean in terms of attitudes or deliberate malevolence. I mean in terms of an increasingly noisy, fast-paced, distracting world. Several months ago ThAutcast posted about the problems with sound and designing for the ears. In a TED talk, Julian Treasure speaks of rising noise levels in environments like classrooms, offices, hospitals, etc. It seems likely that being autistic is becoming more disabling, at least in part due to these noise problems.

An important point I want to make – I am not trying to say that these problems only affect those on the spectrum. They definitely affect everyone, and I think we need to start talking more about it, and about ways to deal with it.

I also want to add another way that the world is becoming unfriendly – both to people on the spectrum specifically, and more generally to everyone.

TVs are becoming ubiquitous. They are everywhere. TVs in waiting rooms, in train station lobbies, in restaurants, in stores, at the gas pump, in the checkout aisle at the grocery store, even on trains themselves! Sometimes avoiding the TV is simply not an option. I have never seen anyone actually express happiness at the presence of a TV in a place they have to be. Usually people grumble about them. Yet there they are. Everywhere.

And for a person on the spectrum, it can be an actual problem. I am very distractible by movement or random sound or shiny things. (seriously, very. I’m a grown adult and I’m still prone to wandering in stores and the like) I mean, I can see someone not thinking it’s a big deal when an intrusive television makes it challenging for me to read my book or work on my crochet – things I would often much rather be doing than watching a bunch of ads play in front of me. But this can also mean it’s difficult for me to keep track of the stations when I’m on a train, so that I know when my stop is coming. If I’m in a waiting area somewhere, I probably cannot afford to lose track of my surroundings because I’m being frequently distracted by movement on a screen.

This is definitely something I’d like to see decision-makers put more thought into. I want to bring it to more people’s attention – this is a problem for everyone, and we all deserve a solution. At the very least, we could try to make it optional. I know there are probably people out there who are grateful for televisions in the hospital waiting room. But there needs to be options for people like me, who would be significantly better off away from that – even if it’s as simple as putting up a sound – dampening partition. One side for people who want to watch TV, the other side for people who don’t.